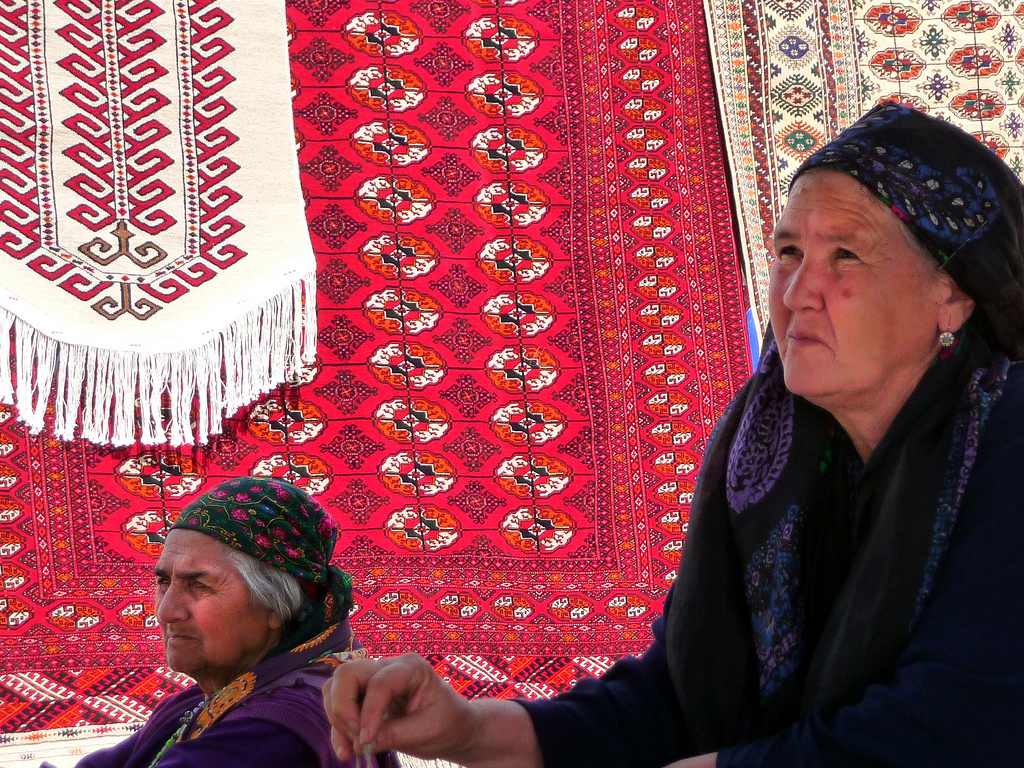 The Turkmen are the Turkic people located primarily in the Central Asian states of Turkmenistan, Afghanistan, and northeastern Iran. They speak the Turkmen language, which is classified as a part of the Oghuz branch of the Turkic languages. The religion - Sunni Muslims. The Turkmen are relatively closer to the Turkish and the Azerbaijanis.
For the first time the original name of the Turkmen was observed in Sogd documents of the VIII century, founded on the Mug Mountain.
The Turkmen are the descendants of the ancient Massaguets, which were mentioned by Greek historian Herodotus in the VI century BC., and the  Turkic tribes, penetrated into the territory of today Turkmenistan before the formation of the Turkic khaganate. It is known, the Queen of the Massaguets was Tomyris, who stopped and crushed armed forces of the Achaemenid King Cyrus the Great in 530 BC.
The Turkmen are relatively closer to the Turkish and the Azerbaijanis. It was noted in the encyclopedic dictionary Brockhaus and Efron, which was being published in late XIX - early XX centuries, that the Turkmen, " by language are more relatively closer to the Osman Turkish and the Azerbaijanis, more closer to the Kyrgyz, and especially to the Uzbek, from whom the Turkmen divided 300 years ago.

The Turkmen formed at the turn of the II millennium as a result of assimilation of local Turks of Iranian-speaking population. The traditional employment - carpet weaving, farming, nomadic herding, felt mat milling, silk weaving. The Turkmen are known for horse breeding, especially Akhaltekin horses.
Like other Central Asian peoples, the Turkmen for a long time kept the division into tribes and clans. The largest Turkmen tribes - ersar, yomud, alil, salor, chovdur, goklen and finally, teke (tekke), entered into the Russian and world history as brave warriors and skilful riders. Each tribe has its lifestyle, traditions, cuisine and culture.