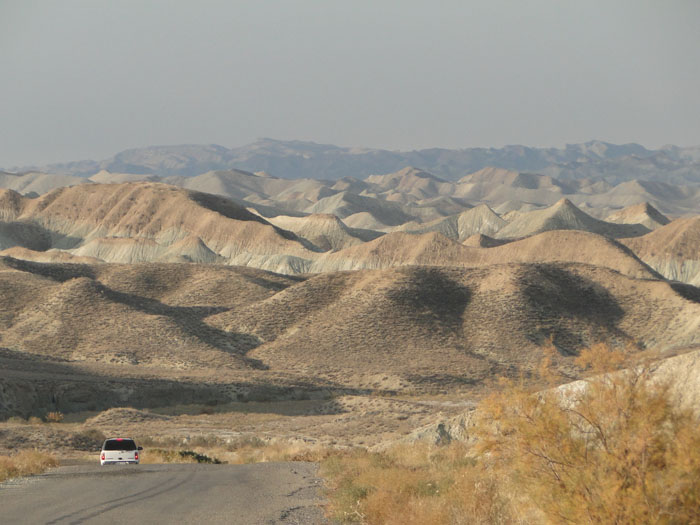 The Kopetdag Mountains is the largest mountain system, located between Iran and Turkmenistan. Mountains stretch along the sandy Karakum desert more than 600 kilometers. So the Kopetdag Mountains may be talked about as a natural barrier for the shifting sands of one of the world’s largest deserts.

There a truly cosmic landscape rises to view that looks unusually. That’s why local people named the mountains as “lunar”. Their smoothed peg-shaped forms speckled with deep furrows resemble the hardened volcanic lava. So the mountains represent to view a truly architectural improvisation of the Earth which as though had broken out from the depths of its bowels.

It’s interesting that because of air humidity the color of mountains may vary from the emerald-gray to pinkish-cream, unveiling thereby after the rain the wonderful color tints of rocks. Why? 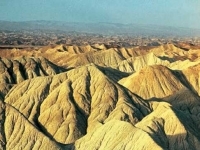 It’s hard to believe that the mountain range once has been the bottom of the ancient sea. Many travelers come across the apparent evidences of it – the petrified remains of mollusks, urchins, corals that had dwelled in the ancient sea.

The modern features of this mountainous chain had been laid down approximately 35-20 millions of years ago. The Kopetdag Mountains includes the summits of about 3,000 meters in height and deep breaks. They are also notable for picturesque juniper-overgrown valleys, steep slopes with waterfalls and natural undergrounds – beautiful karstic caves with plenty of hidden secrets.