The first working year of the archeological expedition of the National management of Turkmenistan on protection, research and restoration of historical and cultural monuments in the State open-air museum “Ancient Merv” has finished with an unexpected and bright discovery. Several rare bronze products were found out during the excavations inside of Big Kyz-Kala – famous architectural monument, situated near the entrance to the territory of the largest archeological park of Central Asia, which is included to the List of World heritage of UNESCO.
So, the expedition group was formed from the archeologist, Ph.D. in history Edjegul Muradov, young archeologist Merdan Djumaniyazov, architecture- restorer Maksat Amanov and several workers of the museum. The complex project of researching and restoration of Big Kyz-Kala and Small Kyz-Kala – one more monument, situated near the first one, was developed by the national administration of Turkmenistan on protection, searching and restoring historical and cultural monuments under the leadership of the candidate of historical science, historian of architecture Mukhammed Mamedov.
Unexpected findings of 2012 force to make some adjustments in the previous idea of the age of these monuments. First of all, this is a classic Arabic coin with calligraphic inscription of angular handwriting "kufi" - an Abbasid dirham of the IX century. The coin laid very close to the surface, so, from the time that it dates the building was no longer used, and for some reason it was left by the owners. Next was the signet ring in the form of open flower lily and tulip - amazingly fine work, and judging by the diameter (15 mm), it belonged to a girl or a very elegant woman. Finally, the most extraordinary discovery is the cosmetic spatula or earwig about 8 cm. long, made in the form of a relief image of the goddess of water and fertility. This subject, of course, a rare example of early medieval toreutics - the art of making relief images from metal. The facial features of the goddess of Big Kyz-Kala poorly preserved, but you can see that the face is round, there is a tactile dot on the forehead, the hair is simple: hair was bunched on the top. The costume is especially interesting: a light cloak with pleats at the abdomen, worn over a long, fully covering the legs dress, also with pleats at the bottom. In the left hand, bent and pressed against the chest, there is a symbolic object - most likely a spike or a branch of a plant. 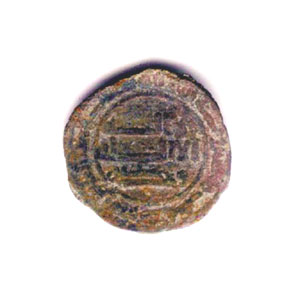 This figure was first cast into the open form, and then, apparently, it was jewelry shaped in order to eliminate casting defects. Its relatively good preservation is the evidence of the qualitative composition of the alloy and dry environment in which the bronze mineralization is minimal.
The traditional Turkmen names of these two ruins of Ancient Merv are of interest. Kyz-Kala, translated as “Girl’s fortress” is not alone: the same names can be met on the South of Turkey, in the Crimea, in Iran and Uzbekistan. Everywhere there is a similar legend about the beautiful princess, who was loved for her beauty and mercy. Once a fortune teller came to the town and predicted an early death to the girl. The king concealed the terrifying prophecy from his daughter and ordered to build the unassailable fortress, where the princess could live in a perfect safety. The princess was sad and did not know the reason of her seclusion. Once the king sent the basket full of grapes, but inside there was a venomous snake. The snake bitted the girl and she died. Having known about it the king died too with grief.
Anyway, Kyz-Kala can tell much about itself, one only needs to study carefully all aspects of this unusual building: architectural and construction, historical, cultural, and folk. It is too early to talk about the exact dates of its construction, because the work is continuing, and next year the specialists will complete the research phase of work in order to begin the restoration of the monument.