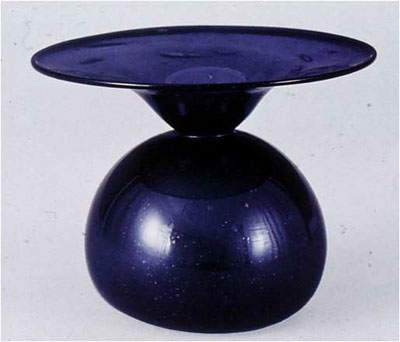 Izumi Nakay, the professor of the University of Tokyo, the director of the Scientific center on studying and preservation of nature monuments, on the meeting, which was held in the Institute of history of the Academy of Sciences of Turkmenistan, informed about the sensational finds, which were discovered by him in the treasure house of the temple “Toshodaidji” in the Japanese town Nara.
In Izumi Nakay's judgment, the rarities from glass – small vial of 5-6 cm high and a blue-purple vessel  of 9 cm high, which is in a good condition, and approximately of VII и XI centuries AD., could be of the Turkmen origin.
The Japanese scientist also showed to the Turkmen colleagues the  collection of glass products found out in the burial grounds dated V-VII centuries AD. They are beads, fragments of dish, which were brought to Japan from Europe and Asian countries – China, India, Korea and others. The part of these exhibits also pretends on the Central Asian origin, as well as the Turkmen. 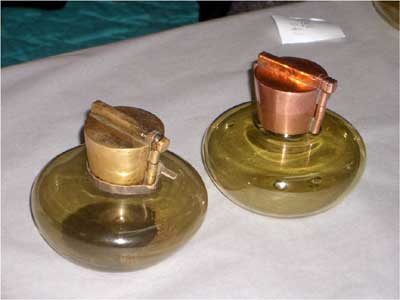 As the Japanese scientist said, according to the results of his first visit to Turkmenistan, the plans of the perspective cooperation with the Research Institute of the Academy of Sciences of Turkmenistan are aimed. Izumi Nakay offers to head a group of students of the University of Tokyo, who will participate in the comparative chemical testing of glass products in Turkmenistan. These researches will help to determine the “birthplace”  of the Japanese finds.