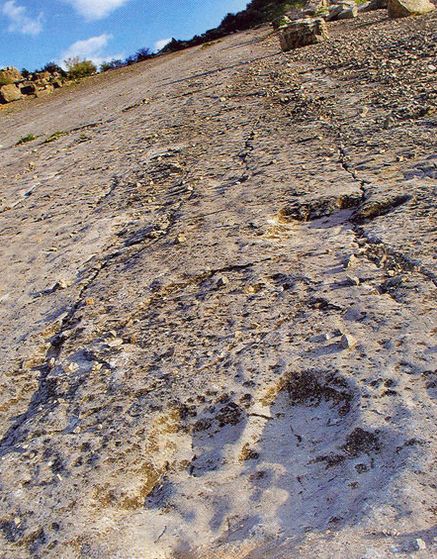 In the eastern part of Turkmenistan, in the mountains of Kugitangtau (Koytendag), at an altitude of 1500 meters, a few kilometers from the village of Hodjapil one of the most ancient and amazing sights of Turkmenistan is situated - the Dinosaur Plateau.

The name of the village “Hodzhapil” in Turkmen means “holy elephants”. Why elephants and not dinosaurs? Because for centuries, the indigenous people believed that the giant footprints left deep on the plateau belong to giant elephants, on which the army of one of the greatest commanders in history, Alexander the Great, or as it is called in the east, Iskander the Great, moved.

According to another legend, once a year white sacred elephants appear on the plateau and perform ritual dances, and it is they who left these tracks.

But everything has a scientific justification. About 145-150 million years ago there was a shallow lagoon at the plateau, and dinosaurs, passing through it, left their footprints in the soil. The water receded, the lagoon dried up, and the bottom turned into a solid layer of limestone. Over millions of years, as a result of the movement of lithospheric plates and other natural geological processes, rocky terrain has formed, so the plateau has risen to its present height and tilted by 17–20 degrees. 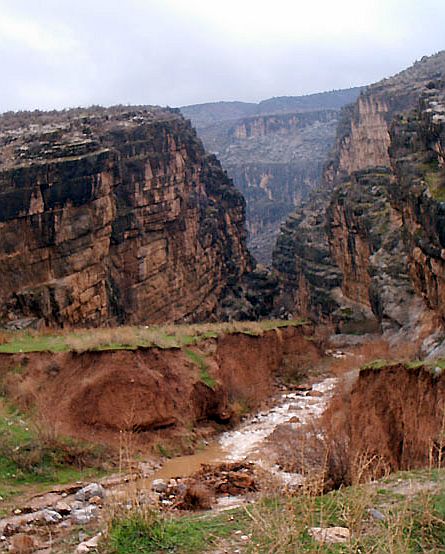 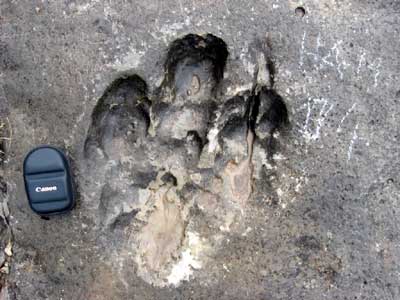 Despite the fact that local residents knew about this place for centuries, it became known to science in the second half of the last century, when, thanks to their stories, geologists and local historians explored this area.

The plateau itself is approximately 400 meters long and 300 meters wide. And its uniqueness lies in the fact that on its surface is the largest number of dinosaur footprints in the world - about 3,000, of those that could be clearly fixed. 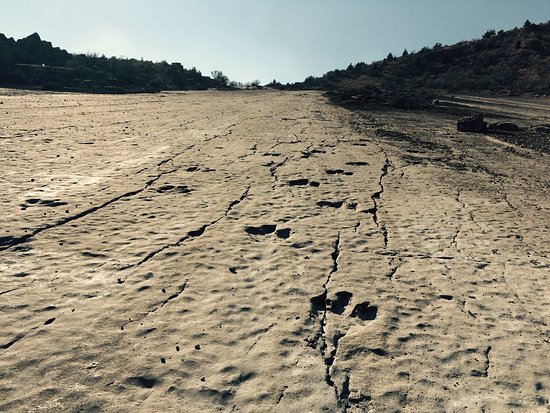 These traces, according to scientists, belong to three types of dinosaurs of the Jurassic period. Presumably - Megalosaurus, Iguanodon and Tyrannosaurus Rex. 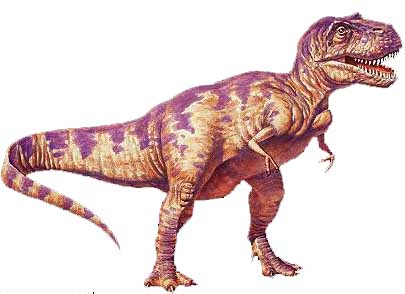