The shrine of Sultan Sanjar was settled in the ancient capital of Merv which, prior to the Mongol conquests of 1221, ranked among the medieval world's finest cities. The headstone honors Ahmad Sanjar, the ruler of Khorasan from 1097-1118 and Sultan of Seljuq empire.

Nowadays, its still unconfirmed, that certain Sultan Sanjar is buried in this mausoleum. The tomb was never opened, and buildings around make historians think that this mausoleum was meant to be a hall in Sultan's palace.

'A stone cenotaph does currently exist at the center of the monument, but this is understood to be a 19th century addition; no 12th century features or inscriptions definitively identify the monument as Sanjar's final resting place.',  Timothy M. Ciccone wrote. 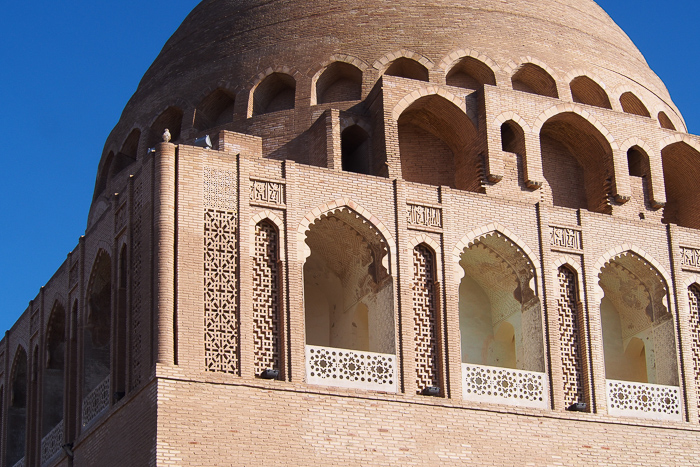 The walls of this mausoleum are 4.2m wide and are that thick so even Mongolians couldn't break them. Monument was restored in Soviet times but the ornaments were copied roughly. Recently, the original decorations are carefully restored with Turkmen masters.