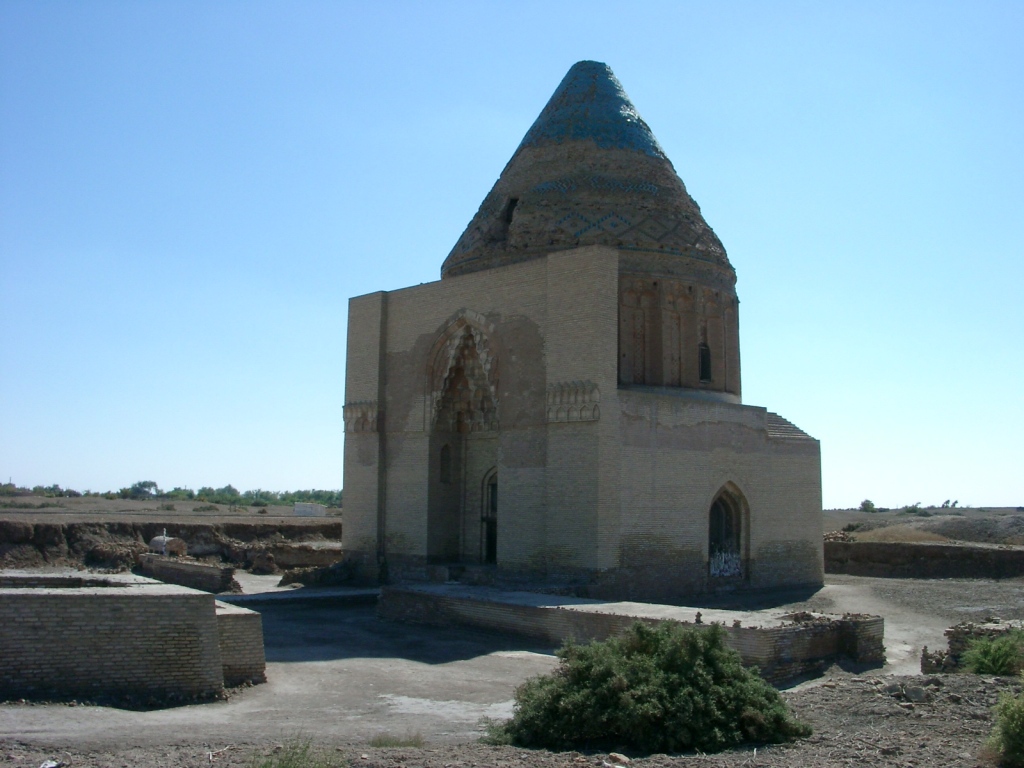 Dashauz - a city in north-eastern Turkmenistan, the administrative center of Dashauz veloyat (region).
The name of the city derives from the name of the oguz tribal union "Dash oguz", that is "Outer oguz" described later in the epic "Dede Korkut". In the Middle Ages, the ancestors of the Turkmen the Oguzes were divided into two wings, "Ich Oguz" ("Inner Oguz") and "Dysh Oguz" ("Outer Oguz") – a city in northern Turkmenistan, the center of Dashauz region. It is located on both banks of the canal Shavat (Irrigational branch of the Amu Darya river)and it is located in the ecologically unfavorable region of the Aral Sea. The distance to the capital of Turkmenistan - Ashgabad is approximately 500 km., to Nukus - the capital of the Republic of Karakalpakstan is 76.6 km., to Urgench - the capital of Khorezm region of the Republic of Uzbekistan is 80 km. Railway Station. The airport is situated in 12 km. from the town, (reconstruct ed in 2009-2010.)
The city was founded in 1681 as a caravanserai (roadside rest area) with a well on the outskirts of Khiva Khanate, as Khiva fortress which borders on the Turkmen land. In 1873, as a part of Khiva Khanate the city was under the protectorate of Russian Empire. It was the center of Tashkent Khanate (bekstvo). Since 1920 it had been in the Khorezm People's Soviet Republic, since 1924 it had been the city, the center of Turkmen region. Since October, 1924 as a part of Turkmen SSR, in 1925 - the district center; and in 1939-1963 the regional center, in 1970 - once again the center of the area. In 1992 the original Russian name Tashauz was changed into Turkmen version Dashhovuz, and in 1999 the city received a new name - Dashauz.
Since the days of the USSR Dashauz bazaars, where abundance prevailed, are well known in the region. The largest of them is "Bai Bazaar", located in the downtown area, "Shor Bazaar" in the north-east, "Nygmat" - in the microdistrict "Center-2", "Ak-Bazaar" - in the east and others.
During the period of publicity and restructuring the mosque was built in the city. There is also the Orthodox church built in 2010 in the western part of the city.
The only one regional newspaper "Dashauz khabarlary" (translated from the Turkmen language as "Dashauz news") is published in the city.